The Turner syndrome (sometimes called gonadal dysgenesis ) is a genetic disease that affects only women. The anomaly concerns one of the X chromosomes (the sex chromosomes). Turner’s syndrome affects about 1 in 2,500 women and is often diagnosed several years after birth, at the time of adolescence. The major symptoms are a small size and abnormal functioning of the ovaries. Turner’s syndrome is named after the American doctor who discovered it in 1938, Henri Turner. 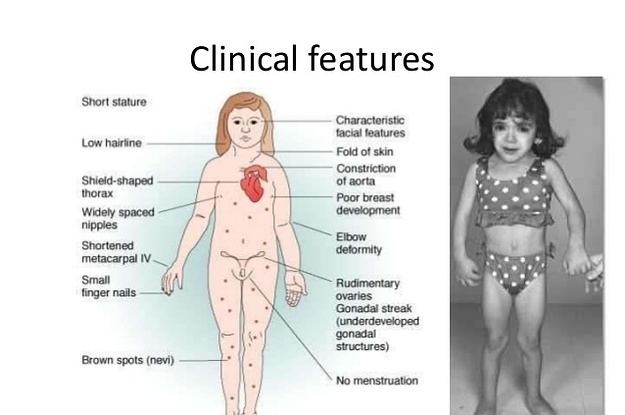 What are the causes of Turner syndrome?

The origin of Turner syndrome is an accidental genetic abnormality. This means that it is not transmitted by the parents, but that there is an accident in the chromosomes. The anomaly can be variable:

An X chromosome may be missing or incomplete, but only in some cells of the body. The body is then formed of 46XX cells and other 45X0. We talk about mosaicism.

What are the symptoms of Turner’s syndrome?

Turner’s syndrome is characterized by clinical manifestations of varying intensity depending on the lack of genetic material. A completely absent X chromosome causes more symptoms than a small part of the missing X chromosome or a case of mosaicism.
Here are the observable symptoms: 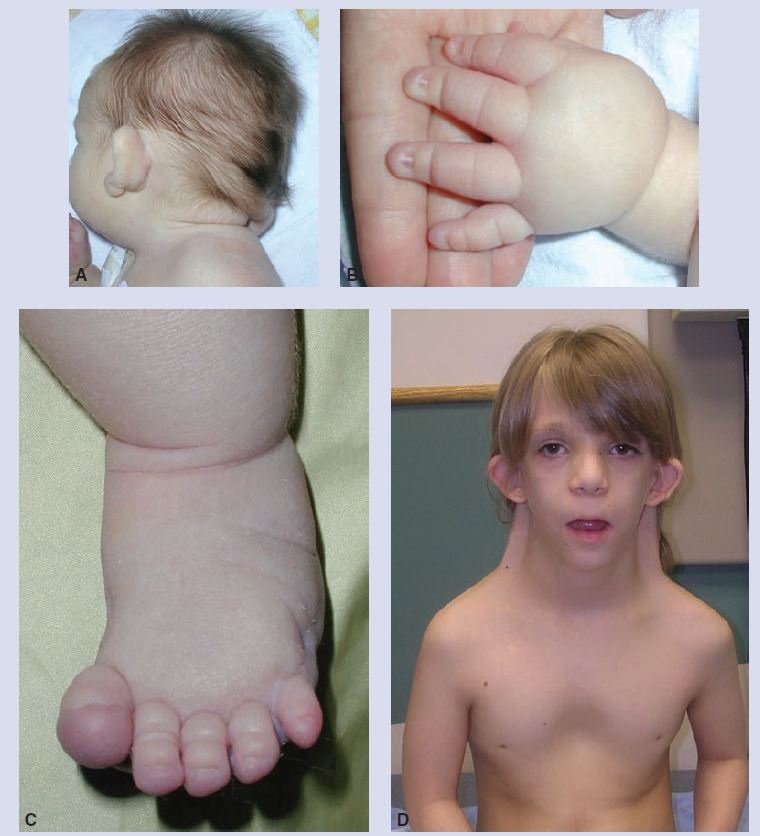 The risks and complications of Turner syndrome

Apart from the symptoms previously mentioned, other pathologies are sometimes associated with Turner syndrome:

Almost all embryos with Turner syndrome (98-99%) undergo spontaneous abortion during the first 3 months. In the United States, it is implicated in 10% of spontaneous miscarriages.

The diagnosis of Turner syndrome

It is not always easy to diagnose Turner syndrome at an early stage.
However, it is sometimes mentioned prenatally on ultrasound anomalies. A sample of amniotic fluid can then allow a certain diagnosis. Turner’s syndrome can also be detected at birth. But most often, it is discovered in adolescence.

The diagnosis is made using a karyotype, which is a chromosome analysis and detects abnormalities present.

The growth hormone is to treat the small size and allows girls with Turner syndrome to achieve greater than 1.50 m height.

An HRT was set up at the time of puberty. It consists of providing the hormones that would normally have been made by the ovaries. This treatment is continued until the age of menopause around 50 years. It does not restore fertility, but it allows a better feminization of the body (breasts) and reduces the risk of osteoporosis. The treatment combines estrogen and progesterone hormones.
Hormonal treatment allows these women to have a normal sex life. Pregnancies are sometimes possible with medical assistance such as oocyte donation and in-vitro fertilization.

A child, a teenager or a young woman with Turner syndrome must be followed by a specialized team because this syndrome affects many areas and medical monitoring must be very rigorous.