A UTI is an infection that can affect one or more parts of the urinary system: the kidneys, ureters, bladder and urethra. It is most often manifested by pain or a burning sensation when urinating (the emission of urine), sometimes by abdominal pain and fever.

Here are the main functions of different parts of the urinary system:

There are 3 types of urinary tract infections, depending on the location of the infection.

Infectious cystitis, when Escherichia coli is found in the urine 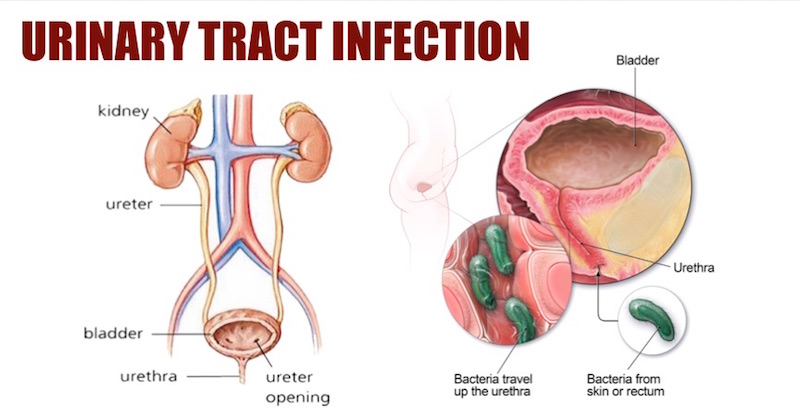 If the infection affects only the urethra (the duct that connects the bladder to the urinary meatus), it is called urethritis. These are often common sexually transmitted infections (STIs) in men. And women can also suffer. Different infectious agents can cause urethritis. The most common are chlamydia and gonococcus (the bacteria responsible for gonorrhea). In men, urethritis may be accompanied by prostatitis (infection of the prostate).

Pyelonephritis is a more serious condition. It refers to the inflammation of the pelvis (the cavity of the kidney collecting the urine) and the kidney itself. This usually results from a bacterial infection. It can be a complication of untreated or poorly treated cystitis that leads to the rise of bacteria from the bladder to the kidneys, and their proliferation at this level. Acute pyelonephritis occurs more often in women, and is even more common in pregnant women. It is also common in children whose malformation of the ureters causes a reflux of urine from the bladder to the kidneys.

Most affected by urinary tract infections: men or women?

The frequency of urinary tract infections depends on age and sex.

The women are more affected than men because the urethra of the woman, shorter than that of man, facilitates the entry of bacteria into the bladder. It is estimated that in North America, 20% to 40% of women have had at least one urinary tract infection. Many women will contract many during their lifetime. About 2% to 3% of adult women would have cystitis each year.

Young men are unaffected by this condition, with older men with prostate disorders at higher risk.

Normally, the urine is sterile. It contains 96% water, salts and organic components, but is free of micro-organisms. The urinary system has many defenses against infections:

– Urinary flow expels bacteria and makes it more difficult to ascend to the bladder and kidneys;
– the acidity of the urine (pH below 5.5) inhibits the growth of bacteria;
– l was very smooth surface of the urethra makes difficult the recovery of bacteria;
– the shape of the ureters and bladder prevents the rise of urine to the kidneys;
– the immune system in general fights against infections;
the wall of the bladder contains immune cells as well as antibacterial substances;
– in men, secretions prostate contain substances that slow the growth of bacteria in the urethra.

However, in case of urinary infection , infectious agents (most of them bacteria) manage to “colonize” the urinary system. The urine is then contaminated: it is by looking for the presence of bacteria in the urine that the doctor confirms the diagnosis of urinary infection. Bacterial contamination is often facilitated by not drinking enough.

Very rarely, urinary infections can be caused by bacteria that have spread to the urinary system from an infection elsewhere in the body. If the infection is not treated, the infectious agent continues to multiply and invade the urinary tract. This can lead to a more serious kidney problem, such as pyelonephritis . Exceptionally, a urinary infection can worsen to the point of sepsis or kidney failure. In any case, it is important to consult a doctor in case of signs of urinary infection.

In the case of a kidney infection

In children, urinary tract infections may be more atypical. Sometimes, cystitis causes fever without any other symptoms. A stomach ache and enuresis (bedwetting) can also be a sign of urinary tract infection. In toddlers, the burning sensation during urination can be manifested by complaints or crying when urinating.

In neonates and infants, urinary tract infection is even more difficult to recognize. It generally causes fever, refusal to eat, and sometimes gastrointestinal disturbances and irritability.

The symptoms of urinary infection can also be misleading: fever without other symptoms, urinary incontinence or digestive disorders (loss of appetite, vomiting …). 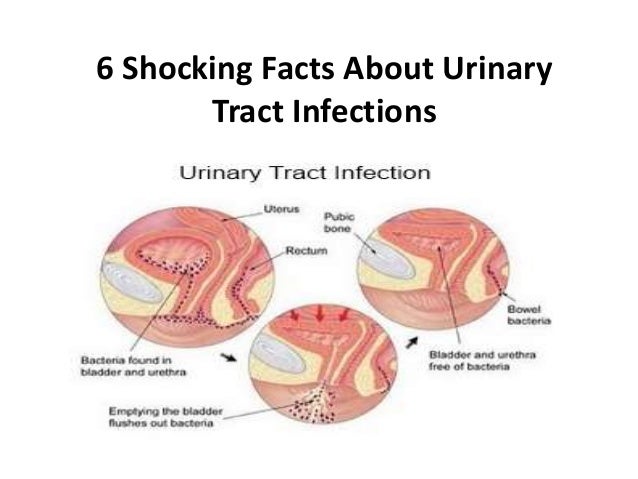 What to do in case of benign urinary infections (urethritis, cystitis)?

The urinary bacterial infections can be treated easily and quickly with the help of antibiotics . For cases caused by E. coli , the physician uses a variety of antibiotics including amoxicillin (Clamoxyl, Amoxil, Trimox), nitrofurantoin (Macrodantin, Furadantin), sulfamethoxazole plus trimethoprim (Bactrim, Eusaprim, Septra) and trimethoprim alone (Trimpex, Proloprim). The choice of the antibiotic is made blind initially and then based on the results of the urine analysis as soon as they are available.

It can be administered as a single dose or a 3, 7 or 14 day regimen. In the majority of cases, a 3-day therapy is proposed (trimethoprim-sulfamethoxazole). When the infection appears a few days after unprotected sex , the doctor will make sure that it is not sexually transmitted infection (STI) (gonorrhea or chlamydia), which would justify a particular antibiotic treatment.

Once treated, symptoms usually disappear within 24 to 48 hours, sometimes less. It is important, however, that the duration of the prescription be followed to the letter. If the chosen antibiotic is not effective after 48 hours, inform your doctor, who can then suggest another.

To promote the elimination of bacteria, it is also necessary to drink more than usual during treatment. People who experience pain or pressure in the lower abdomen can get relief by taking painkillers. You can also place a hot compress on the abdomen.

The pregnant women are subject to systematic screening. It is indeed very important to detect the presence of a urinary infection during pregnancy and to treat it if necessary. In one-third of cases, the infection can spread to the kidneys with the possibility of premature delivery or a low birth weight baby. Safe antibiotics for the mother and fetus will be offered even if the infection is not accompanied by symptoms.

What to do in case of serious urinary tract infections (pyelonephritis)?

If symptoms of cystitis persist after 1 week despite well-followed antibiotic treatment, it may be an antibiotic-resistant infectioncommon. This is often the case for infections acquired in hospital, for example because of a urethral catheter or surgical procedure. Cystitis contracted outside hospitals is also increasingly resistant to antibiotic therapy. The doctor will then prescribe the appropriate antibiotics based on the results of a bacterial culture made from a urine sample. It should be noted that the risk of infection from a urethral catheter can be reduced by using a sterile, tight urine collection system, antiseptic ointments, and short-term antibiotics. 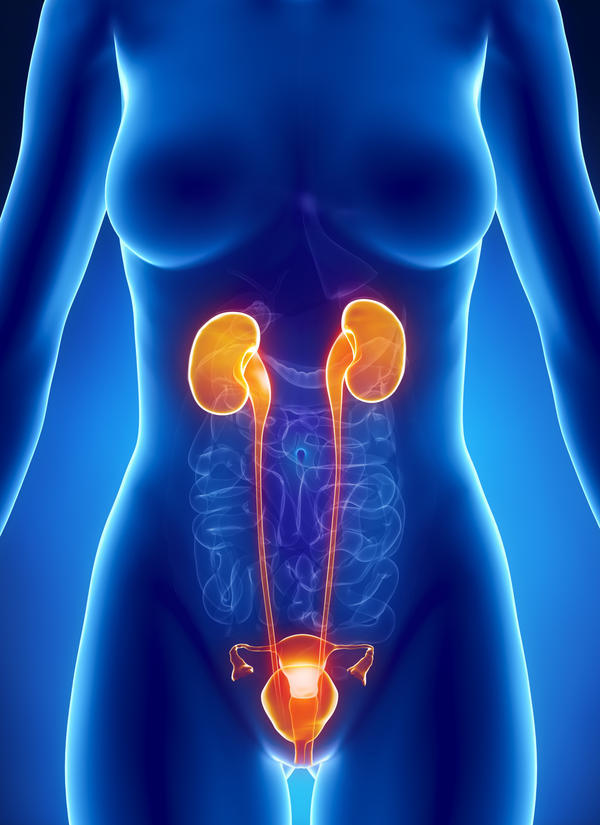 Pyelonephritis can be treated with a high-dose oral antibiotic, usually a fluoroquinolone (Oflocet, Cipro, Levaquin, Oflox…). The treatment will then be continued for 14 days (sometimes 7). In severe cases, hospitalization is necessary and antibiotics can be given by injection.

In humans , a urinary tract infection with pain in the lower abdomen or fever may be complicated by prostatitis (diagnosed by a rectal examination performed by the doctor). This situation requires antibiotic treatment for 3 weeks, with antibiotics similar to those used for pyelonephritis.

Obstruction of the urinary system

In rare cases, the urinary tract infection may be related to urinary tract obstruction. This is a medical emergency . The cause of the obstruction (hypertrophied prostate, anatomical anomaly, kidney stones, etc.), revealed by an ultrasound, must be managed quickly. An intervention allowing drainage of the urine is necessary.