The Williams’s syndrome or Williams-Beuren syndrome (SWB) was described in 1961 in Britain. It combines malformations of the cardiovascular system, psychomotor retardation, facial dysmorphism and a specific cognitive and behavioral profile. It is a rare genetic disease with a prevalence estimated at 1 in 20,000 individuals (although partial forms are unlikely to be diagnosed).

The symptoms of Williams syndrome are very characteristic and make it easy to diagnose:

Other clinical signs are observable, such as digestive disorders, growth retardation, ophthalmological and oral problems, and arterial hypertension in adulthood and psychiatric disorders related to great anxiety. A Fluorescent in Situ Hybridization (FISH ) test confirms the diagnosis, which is usually made around the age of 3 or 4 years, by visualizing the genetic microdeletion.

This syndrome was identified by doctors Williams and Beuren each on their side, in Britain in the early 60s. But it was not until more than three decades to find the genetic cause, in 1993. The genetic anomaly in cause is a microdeletion of chromosomal region 7q11.23. This microdeletion means a loss of genetic material on a chromosome, in an area where many genes are located, and thus the suppression of several genes, including that which encodes elastin. This protein is necessary for the proper functioning of the skin, lungs and blood vessels. 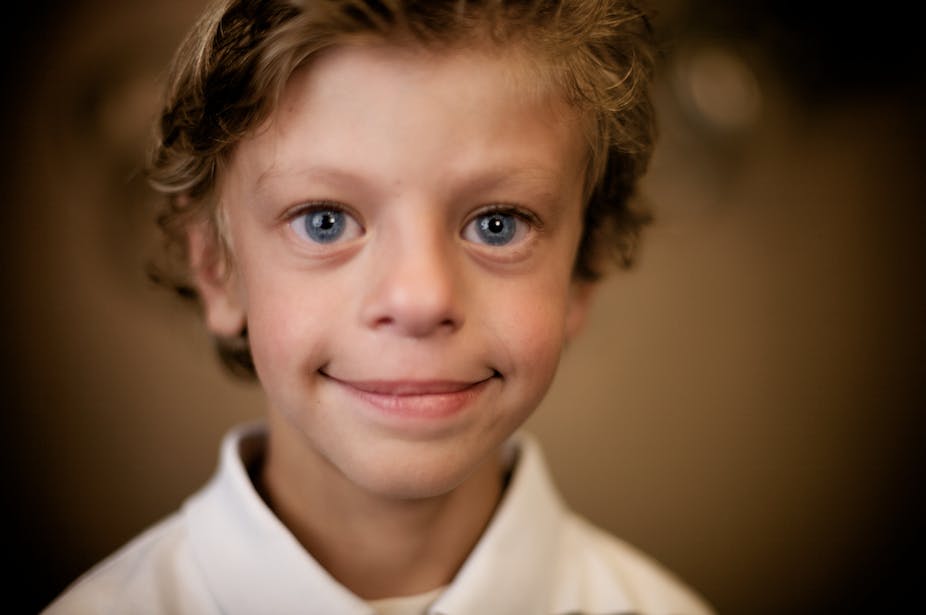 Most cases of Williams syndrome are not inherited but occur sporadically. However, sometimes the genetic deletion that causes the condition is passed from parent to child.

Prevention and treatment of Williams Syndrome

Without knowing how to treat the genetic causes of this syndrome, we treat its symptoms. The damage to the cardiovascular system and the resulting arterial hypertension must be given special attention, with care taken at an early age by pediatric cardiology teams and rigorous follow-up.

Learning difficulties (calculation rather than reading) occur in primary school and few adults with Williams syndrome can be autonomous. The educational management of children with Williams syndrome must therefore be done in a multidisciplinary framework involving pediatrician, psychomotor therapist, speech therapist and psychologist.