Dupuytren’s disease is a progressive disease that causes a progressive and irreducible flexion of one or more fingers of the hand. This chronic contracture preferentially affects the fourth and fifth fingers. The attack is disabling in its severe form (when the finger is very folded in the palm), but generally painless. The origin of this disease, named after Baron Guillaume de Dupuytren who described it in 1831, is unknown to this day. Surgery may be necessary to restore the finger’s ability to move, but recurrence is common. 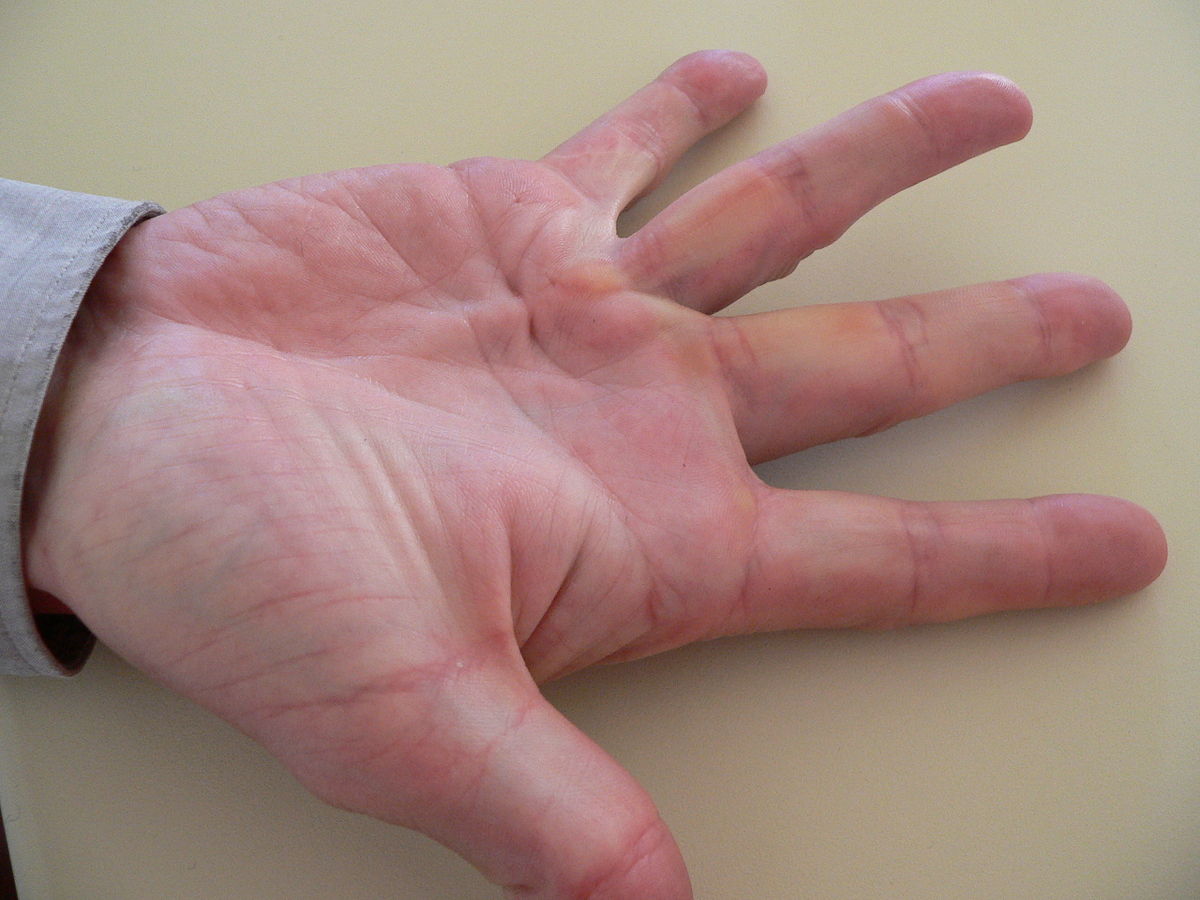 Dupuytren’s disease is characterized by thickening of the tissues between the skin and the tendons on the palm of the hand at the level of the fingers (the palmar fascia). While evolving (often irregularly but inevitably), it “curls” the finger or fingers to the palm and prevents their extension, but not their flexion. The progressive retraction of the tissues is recognizable to the eye by the formation of “strings”.

It is frequently around the age of 50 that the first symptoms of Dupuytren’s disease appear. It should be noted that women tend to develop the disease later than men. Be that as it may, the earlier the attack, the more important it will become.

All the fingers of the hand can be reached but, in 75% of cases, the attack begins with the fourth and fifth fingers. It is much rarer, but Dupuytren’s disease can be found on the backs of the fingers, on the soles of the feet (Ledderhose’s disease) and on the male sex (Lapeyronie’s disease).

The origin of Dupuytren’s disease is still unknown today. It is partly (if not totally) of genetic origin, with many members of a family often suffering.

Prevention and treatment of Dupuytren’s disease

The causes of the disease being unknown, no treatment exists to date, besides surgery. Indeed, when the retraction prevents the complete extension of one or more fingers, an operation is then considered. It is intended to restore the range of motion to the affected finger and to limit the risk of spreading to other fingers. A simple test is to lay your hand completely flat on a flat surface. The type of intervention depends on the stage of the disease. 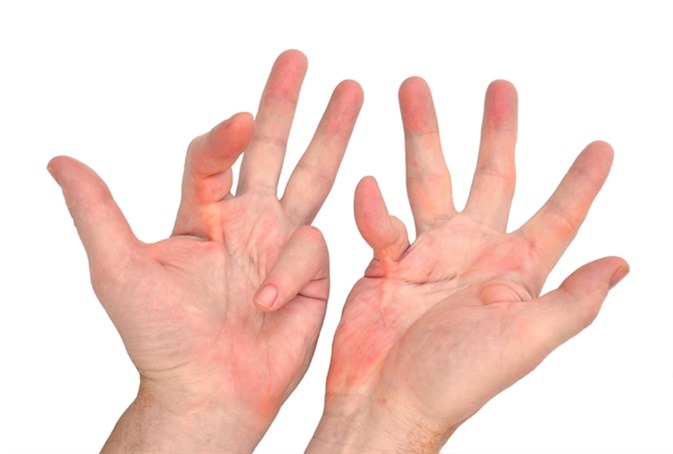 The disease is progressive and the surgery does not treat its causes, the risk of recurrence is high, especially in the case of a fasciotomy. The recidivism rate varies between 41% and 66% depending on the source. But it is possible to renew several interventions during the illness.

After the operation, the patient must wear for several weeks an orthosis, a device to maintain extended finger operated. It is developed by an occupational therapist. A reeducation of the fingers is then prescribed to restore its range of motion to the finger. The operation presents the risk, in 3% of the cases, of revealing trophic disorders (bad vascularization) or a dysgraphystrophy . (IFCM)