The Toxoplasmosis is a disease caused by infection with a parasite ( Toxoplasma gondii ). It is usually transmitted to humans by domestic animals, especially cats , or by ingesting undercooked meat. It is a benign disease for most people, but it can sometimes cause some flu-like symptoms.

The disease can be dangerous for people with weakened immune systems or for pregnant women because it can affect the development of the fetus (congenital toxoplasmosis).

Although toxoplasmosis cannot catch on contact with an infected adult or child, the disease can contract: 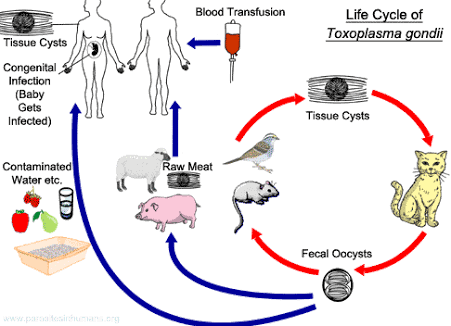 In people with weakened immune systems, especially in cases of AIDS / HIV, toxoplasmosis can lead to seizures or encephalitis (severe infections of the nervous system) that can be fatal.

Women who develop toxoplasmosis shortly before or during pregnancy have a 30% chance of infecting their baby, even if they have no symptoms of the disease. The baby is more likely to contact the infection if the mother is newly infected in the third trimester than if she is infected in the first trimester. Infections in early pregnancy can cause miscarriage. In addition, the serious consequences for the baby are rarer in the third trimester. Some of them will be able to develop:

In the majority of cases, children infected during pregnancy will have no symptoms at birth and during the first year of life. Those who are not treated may develop symptoms of the disease in adolescence or when they are young adults:

In France the prevalence of toxoplasmosis has been steadily decreasing for 40 years. It would be around 40 to 45%. Approximately 0.03% of pregnant women would transmit toxoplasmosis to their child and of these, fewer than one in 30,000 would present the symptoms of the disease.

Many people are already immune to this parasite for having already been in contact with the disease, without having felt the symptoms. A blood test is necessary to detect the presence of antibodies that the body has developed to defend against the disease.

In pregnant women, a sample of amniotic fluid, during amniocentesis , can also detect the presence of antibodies.

In people with HIV / AIDS, as the immune system is too weak to produce antibodies, the presence of parasite-associated encephalitis is detected using magnetic resonance imaging (MRI) or computed tomography (CT scan).

Most people infected with the toxoplasmosis parasite have no symptoms. Some people may experience effects similar to those of influenza or mononucleosis such as:

People with weakened immune systems may have severe signs of infection such as:

Everyone can catch the parasite that causes toxoplasmosis because it is spread all over the world.

People with weakened immune systems are at higher risk for serious health problems: 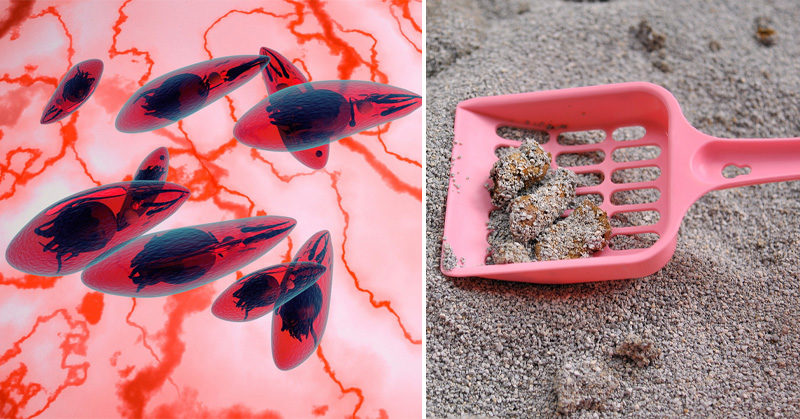 Most people infected with the toxoplasmosis parasite do not need treatment and recover on their own.

In people with symptoms or in pregnant women whose fetuses are infected and whose pregnancies are more advanced than the first trimester, toxoplasmosis is treated with a combination of two antiparasitic drugs: pyrimethamine (Malocide), a medication also used to treat malaria) and sulfadiazine (Adiazine), an antibiotic. Since pyrimethamine is a folic acid antagonist, folic acid is also prescribed to counteract the harmful effects of the drug, especially if taken over a long period of time.

Of corticosteroids (such as prednisone) are used in cases of ocular toxoplasmosis. Vision problems can still reappear. Constant vigilance must be observed to detect any recurrence early and prevent the slow deterioration of vision.

Pregnant women who have contracted the disease but whose fetus is not infected may use spiramycin (Rovamycin), another antibiotic.