Hemophilia is a genetic hemorrhagic disease that prevents blood clotting, causing abnormally long bleeding in the event of an injury and sometimes without injury. It is due to a genetic mutation that causes the lack, or absence, of coagulant proteins preventing the formation of a clot strong enough to stop the bleeding.

Haemophilia is considered a male disease and affects 1 in every 5,000 births. However, girls may carry the genetic mutation involved and develop a minor form of the disease. In the total population, 1 in 12,000 people have hemophilia.There are two predominant types of the disease: hemophilia A and B. The prevalence of hemophilia A is higher than that of hemophilia B (1/6 000 males versus 1/30 000) .

Haemophilia was a few decades ago still a very debilitating and deadly disease from childhood or adolescence. Today, effective but restrictive treatments can stop bleeding and limit the bodily harm and disability of people with hemophilia. 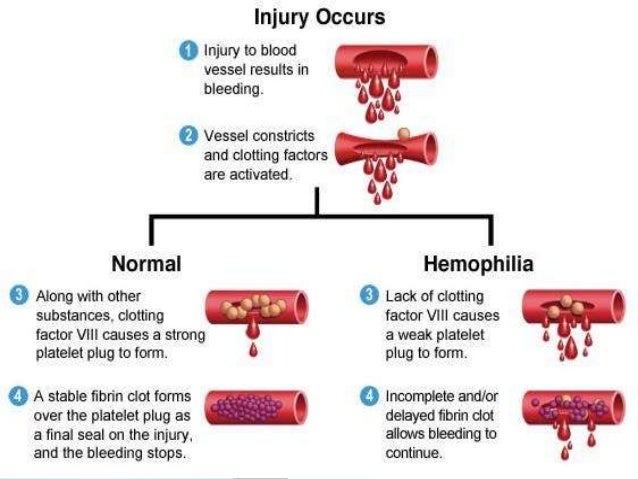 the child. Prolonged bleeding occurs as a result of injury or even minor trauma. They can be spontaneous (thus intervening in the absence of trauma) in the serious forms of the disease. Bleeding can be internal or external. Note that bleeding in a person with hemophilia is not more intense, but that their duration is greater. Bleeding in the muscles (hematomas) and in the joints (hemarthrosis), mainly in the ankles, knees and hips, can cause disabling stiffness and deformity in the long term, possibly leading to paralysis.

The disease is all the more severe as the quantity of coagulation factors in the blood is low:

Blood contains proteins called clotting factors, which allow blood clots to form and stop bleeding. Genetic mutations prevent the production of these proteins. Although the symptoms of hemophilia A and B are very similar, these two types of disease have a different genetic origin: hemophilia A is caused by mutations in the F8 gene (Xq28) coding for coagulation factor VIII and hemophilia B by mutations of the F9 gene (Xq27) coding for the coagulation factor IX.

Hemophilia is caused by genes on the X chromosome. It is a genetic disease called “X-linked recessive inheritance”. This implies that a sick man will transmit the altered gene only to his daughters, who will be able to transmit it, with a risk of 50%, to their daughters and their boys. As a result, the disease affects men almost exclusively, but women are drivers. About 70% of hemophiliacs have a family history. 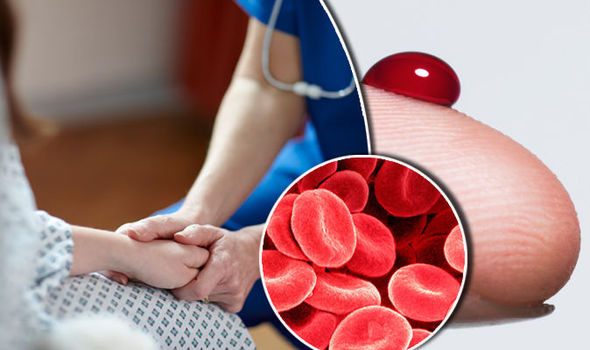 Prevention and treatment of Haemophilia

Today, treatments can prevent and control hemorrhages. They consist in administering an intravenous anti-hemophiliac factor: factor VIII for hemophiliac A and factor IX for hemophiliac B. These antihemophilic drugs are developed from products derived from blood (of plasma origin), or manufactured by genius genetic (recombinants). They are administered by regular and systematic injections to prevent haemorrhage, or following a hemorrhagic accident. Physiotherapy allows people with hemophilia to maintain the flexibility of the muscles and the mobility of the joints that have suffered repeated bleeding.